The TV sitcom entitled, ‘Mixed Up’ surrounds the story of a mixed family of an Indo-Trinbagonian wife, an Afro-Trinbagonian husband and their ethnically mixed children who must make their way through challenges faced in everyday life. The story mixes in a free-spirited sister of the husband, and other conservative family members from both sides, with culture clashes at times that will take the audience on a humorous and insightful look at family values in contemporary Trinidad and Tobago. The first episode is expected to air in September 2022.

This TV show is the winning project of the second edition of the Script to Screen Programme called On Set. The Script to Screen project is a FilmTT Capacity development and Content Creation programme designed to provide the local audio-visual industry with access to business opportunities. This year, the programme focused on family-friendly sitcoms. On Set was launched in March 2022 with a public call for scripts which resulted in 35 submissions, shortlisted to 15. FilmTT hosted a virtual pitch where the 15 writers pitched their stories to 200 attendees, representative of a sample cross-section of the viewing public, in hopes of being selected for the 5-member writing team. The top 5 writers selected for the Writers’ Room were Kwame Weekes, Penelope Spencer, Kevin Soyer, Alexander Johnson and Richard Ragoobarsingh. At an On Set Writers’ Retreat hosted by FilmTT in May 2022, Richard Ragoobarsingh was selected by a panel of judges representing TTT Limited, EximBank and exporTT to be the Showrunner of his series “Mixed Up.”

Director and Producer, Richard Ragoobarsingh is considered one of Trinidad and Tobago’s most prolific and critically acclaimed actors and playwrights. As a stage actor, he has won multiple Best Actor and Best Supporting Actor awards and his work has also won multiple Cacique Theatre Awards, with his most acclaimed play being “Mary Could Dance” which, since 1997, has held the record for most awards won by a play in Trinidad and Tobago (10 awards).

The Casting for this TV sitcom will be coordinated by the Trinidad and Tobago Performing Arts Network (TTPAN) under the Casting Direction of its Founder and Managing Director, Triston Wallace. In 2013, Wallace created the Theatrebuzz Callboard – Trinidad and Tobago’s first and only casting website, which has facilitated over 500 casting calls to date, and is a trusted digital hub where producers/directors can find talent and other creative collaborators for their projects. 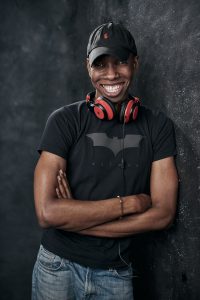 Interested persons are asked to submit one (1) close-up and one (1) full-length photo of themselves with no hats, sunglasses, masks or filters, and all faces must be clearly visible. Additional information to be provided include the applicant’s Name, Height, Contact Number, Email Address, Talent Resume (if available) and a short video introduction showcasing your personality and describing why you are interested in this project. All talent submissions will be considered by the TTPAN, however, to ensure the health and safety of the cast and crew, it is preferred that applicants be fully vaccinated.

To view the roles available and to apply for a role, visit https://bit.ly/MixedUpCasting and submit the required information no later than 4 PM on Sunday 18th September 2022. Paid compensation will be available to selected actors/applicants per episode.

Questions and queries can be emailed to castingmixedup@gmail.com